Thank goodness for Christmas cards, or we might never get a real family photo taken. My sister Faemarie was nice enough to take our pictures this year. I tried to pay her in cookies, but she wouldn't let me.

It wasn't the plan, but because of lighting, and parks being closed for the winter (even though it was only the middle of October) we ended up at the Gun Club/Shooting Range. Such a lovely, family-friendly environment for picture taking. I knew Harrison wasn't going to love posing for pictures, so I told Fae to just take as many pictures as she could as fast as she could until Harrison lost it. He was done as soon as I picked him up to take the very first picture. So we had to get creative. We spent a lot of time posing for pictures around this bulldozer: 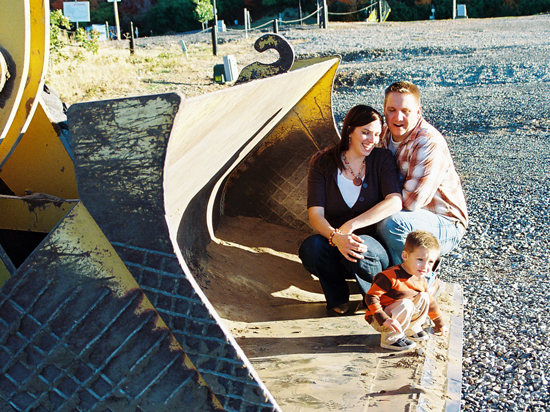 which only sortof worked. He loved playing in the bucket, but getting him to look at the camera was tricky. We tried hiding behind the bucket walls, counting to three and then popping out to surprise the camera. Harrison thought it was great fun and smiled a lot. But it turned out to be pretty hard to get good pictures of Richard and I. Either we had a hard time getting our faces in the picture at all, 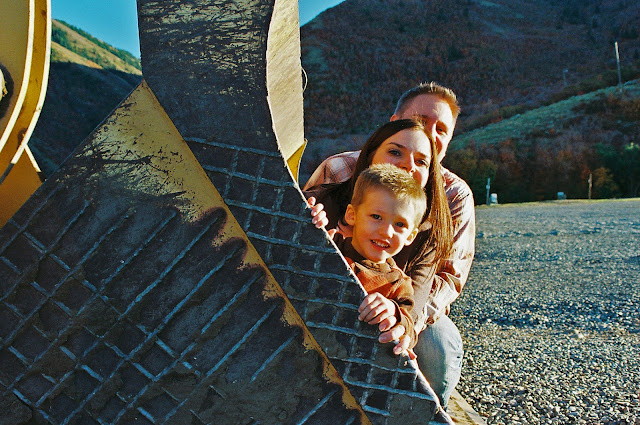 or else I would forgot to wipe the crazy off my face before she snapped the picture: 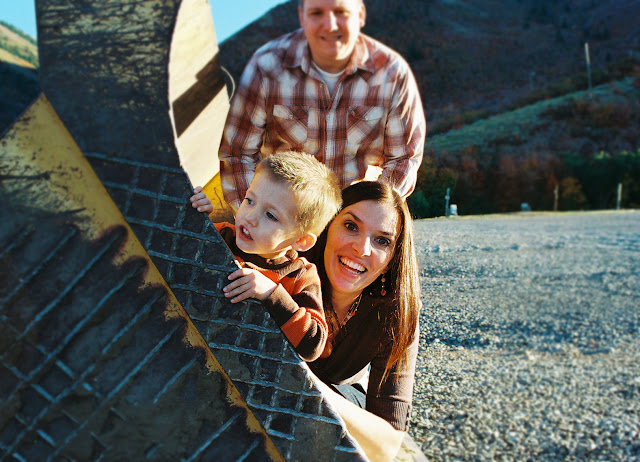 We did lots of swinging: (Harrison calls the following picture "Mad Daddy") 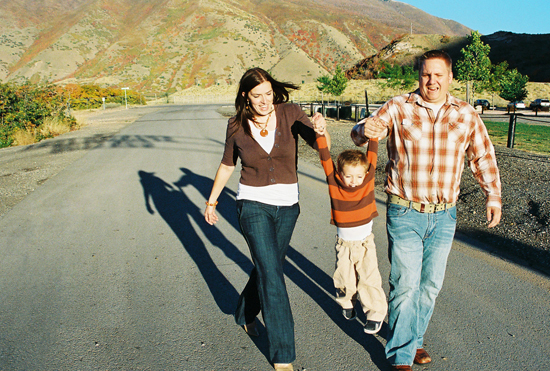 But Harrison spent most of his time doing this: 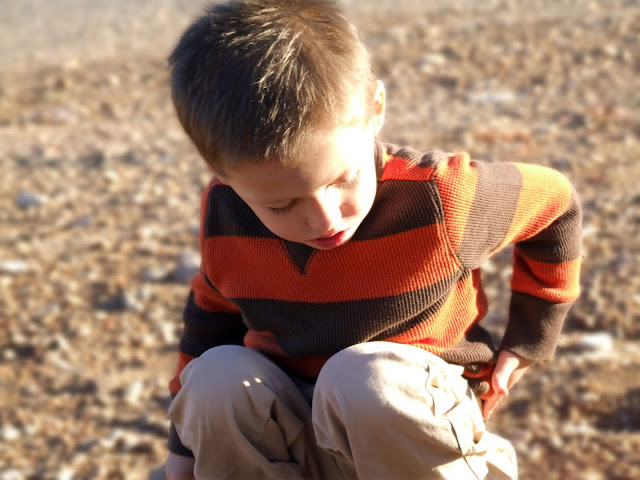 So we gave up and took pictures without him for a while, 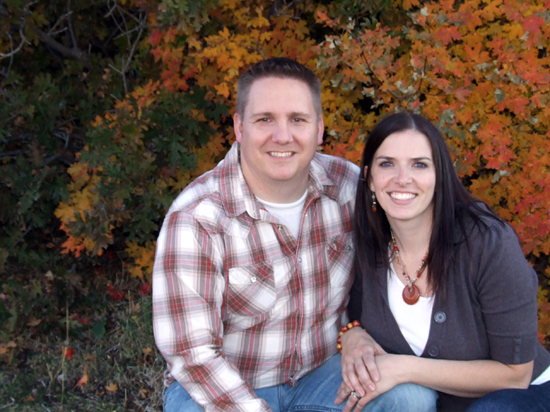 Our last plan was to to tell Harrison that on the count of three, we were all going to scream. He thought that was a swell idea. Of course, Richard and I were supposed to smile while screaming, but it was kind of hard to look Natural: 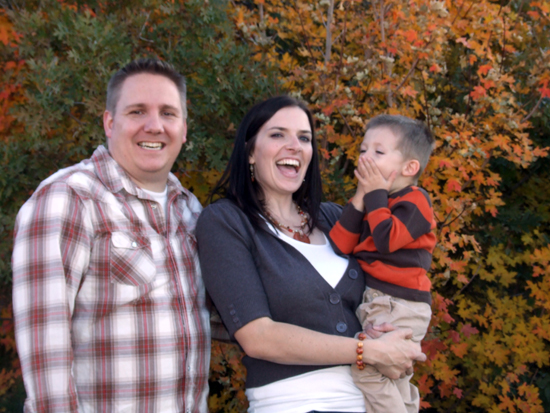 And when Harrison started licking his daddy's face, we knew it was time to call it quits. 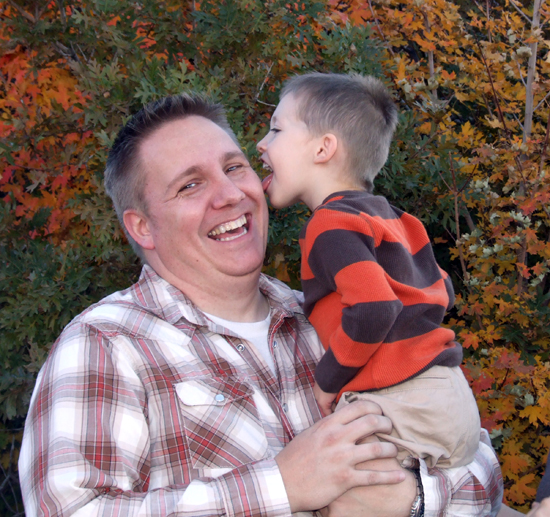