Yesterday I had a night out with some of my friends. My "girlfriends" technically (in that they are female) but I have always hated that word. Or I've hated being forced to specify the gender of my friends every time I mention them. But anyway! We went out to dinner. And lucky me, we went to Tepanyaki! I think I've mentioned before how much I like it.

Our chef - or whatever you call him - was awesome. Very young and funny and good at chopping meat. Good looking too, though I've always been a sucker for anyone wielding an enormous knife. But then he started smiling at me a lot and said something about my mouth. That was just weird. And that's when I looked down and noticed I wasn't wearing my wedding ring! I gasped in dismay and horror. Oh No! Taking off my ring must have deactivated my film of oldness! No wonder he was giving me the eye! Men would be powerless beneath my gaze!

I immediately went into Maximum Male Repellent Mode, and started biting my fingernails, snorting audibly, making loud references to my husband, and belching theatrically in hopes of deterring him (and I never do that stuff under normal circumstances). And it worked like a charm! I could almost see the hearts in his eyes fade out and die. I would be getting no proposals of marriage that evening!

So I was congratulating my obviously irresistible self on dodging a bullet as I dashed into the ladies room on our way out. When I looked in the mirror it occurred to me that when he mentioned my mouth, what he was actually referring to was my chronic dribbling, which he probably thought was cool. (Some people must like it - the dribbling I mean - or there wouldn't be all those Rest Home Casanovas, and we know there are.)
Cuz see my shirt? 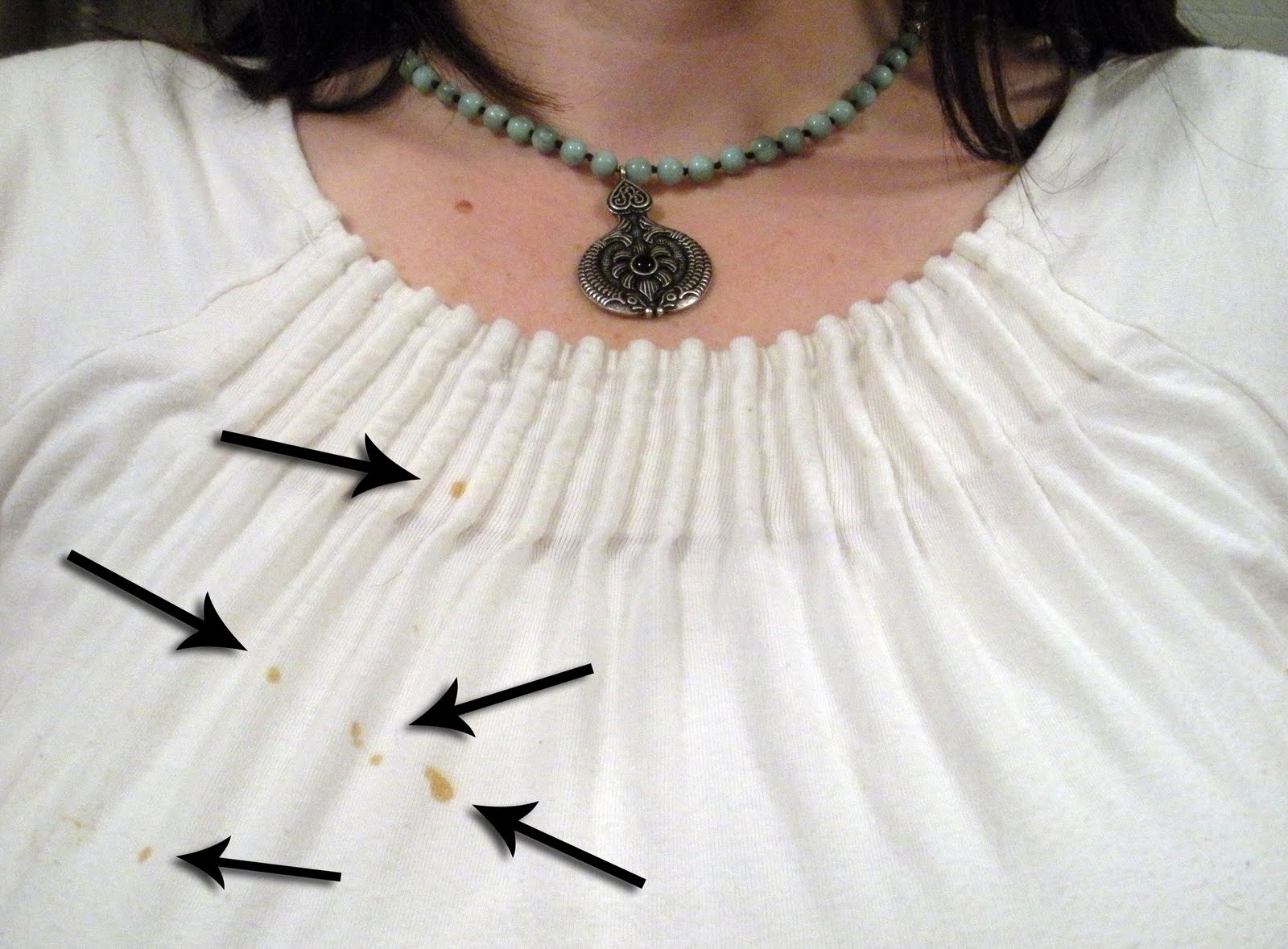 It did not look like that when I left the house. I am almost 89% positive. So, yeah. Look out, folks. Contrary to everything you believe, being a shockingly messy eater might actually be considered attractive to the opposite gender, so watch where you are drooling. And if you are in the market, you might want to think about serving corn-on-the-cob and watermelon at your next single adult activity, and just see if that doesn't get people in the mood!
Labels: Thoughts