Just Because it is My Day, Doesn't Make Me a Fool.

It is my birthday. I am 31 today. 31!! Does that mean I am middle aged? When do the middle ages actually begin? Does it depend on my life expectancy? I don't know what that is. Seems like most of my grandparents died around 80 or 90 (correct me if I'm wrong Mom. I really just took a guess there.), so maybe I will be middle aged when I hit 40 or so? Whatevs.

I decided, in honor of this occasion, that I would write another list.


1. 31 is the magically age wherein you are no longer required to make excuses.

2. An old lady drove past me today wearing one of those plastic bonnet things. No umbrella for her. She didn't need one. Saw that it was snowing out, so she just donned her attractive, moisture-proof hat, and her hairdo was safe. Plus, she looked like a million bucks! 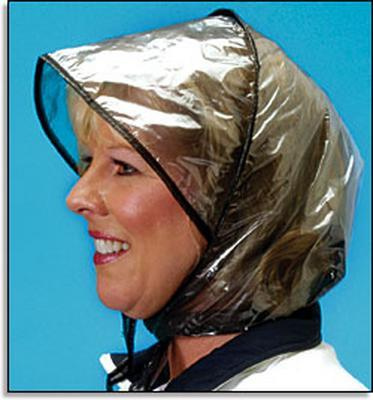 Awesome. Now, I can't wear one of those yet. I know that. In the same way that it is no longer appropriate for me to wear Tinkerbell accessories in public, the time has not yet come for me to wear this pretty headdress. But I'm thinking when I hit 40 I will be able to wear one with pride. And each year brings me closer to that glorious day.

3. I no longer have to worry about getting Hit On by guys when I go out. Yesterday, this was a huge problem, but today that problem is gone. Turning 31 has coated me in a "film of oldness" that lets all those men on the prowl out there know that there is nothing here for them to see. Phew! (The plastic rain hat can have a pretty similar effect, so those of you who aren't yet 31 may want to keep that in mind for keeping the men away.)

4. The older you get, the more stuff you can get away with. I was at DI yesterday, and this old man and his wife walked by. As they walked on, the old man passed gas in the loudest and longest fashion I think I have ever heard. A severe case of "The Vapors". And he just kept on walking, like it was no big deal. Ah, how I envy that old man. Again, I don't think I am quite there yet at 31, but I'm closer, and I can get away with, say, curlers at the grocery store. That is if I ever used curlers. And speaking of breaking wind, here is a comic that made me laugh for a good 15 minutes.

5. When you get old enough, people no longer expect as much of you. The world understands that we tire quickly, so that what, last year, would have been considered a lame attempt at a list, is this year considered "Pretty good for someone her age." Score!

(Thanks for missing me Kristina. I didn't realize how long it had been.)
Labels: Lists