At least, I think he did. Alls I know is, yesterday it was sitting there on the shelf like a good little jar of chilli sauce, and now it is gone. With its little friend. Yes, both of my jars of sauce are gone. Not to beat a dead horse, but I can't find my chilli sauce! And I don't know how to spell Chilli! Is it one L or two! Or is it spelled like the country! AAAA! Yeah, clearly the whole thing is pretty upsetting.

And of course I have to blame my two year old. I mean, yes, he is incredibly cute, but he is also a thief and a hoarder. We have lost many things to him over the years. For a while there, I'm pretty sure most of the stuff he ran off with went in the trash and are gone forever: car keys, vital government documents, stuff like that. And the remote to our DVD player. It was the tiniest, most miniature remote in the universe and Harrison adored it, so when it vanished without a trace we figured it had gone in the rubbish with everything else. Do you know how useless DVD players are without remotes? And, of course, they stopped making that DVD player approximately 3 hours after we bought it, so we couldn't get a replacement remote anywhere.

A couple of months ago I was noticing an annoying vibration from the subwoofer. (I think it is a subwoofer. I don't really know/care.) So Richard assessed the situation by picking it up and shaking it. (Pretty brilliant, right? He is an engineer, afterall.) He realized that there was something inside, so he shined a flashlight in this mystifying hole in the side, 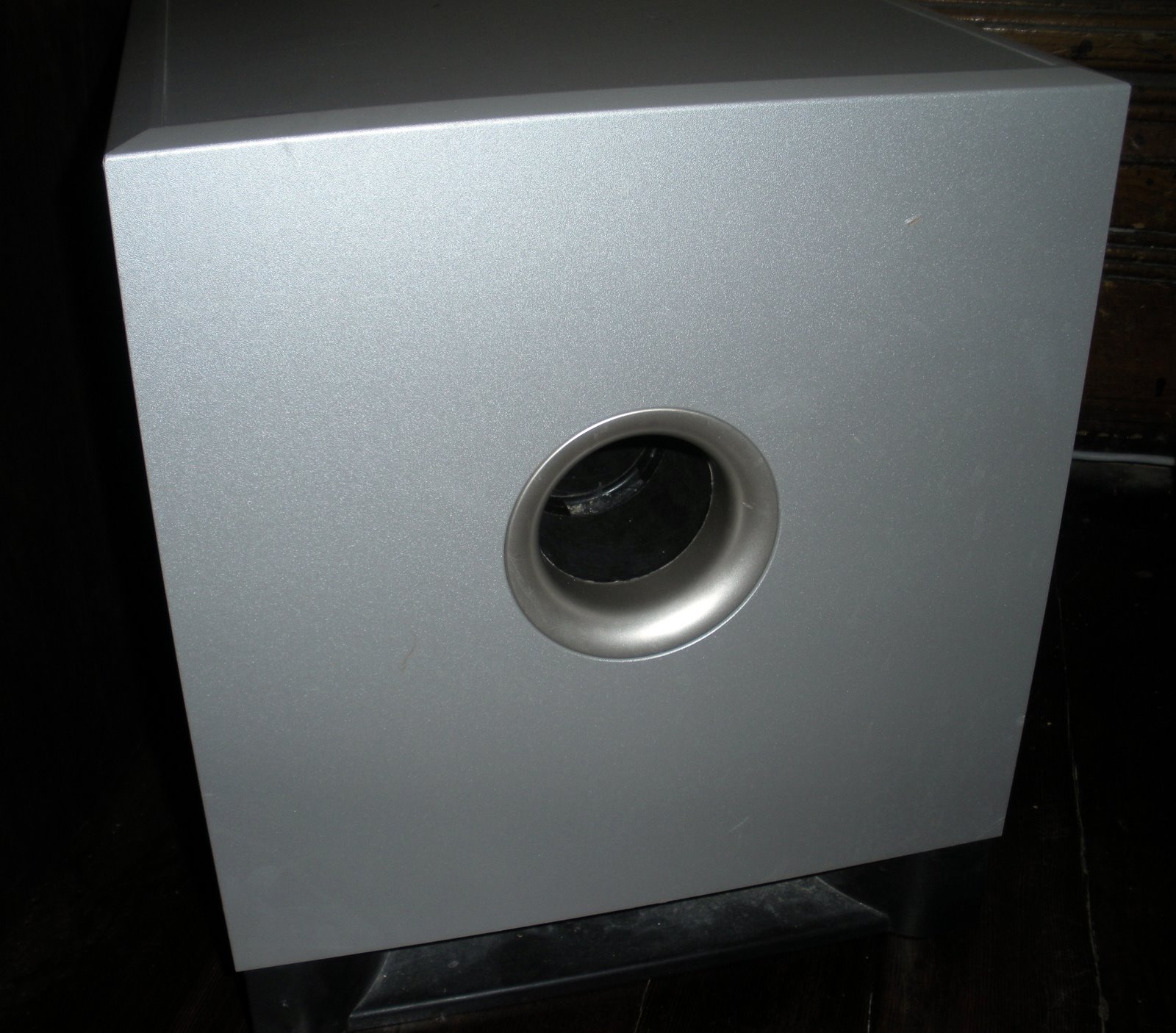 and lo! What should be in there rattling around but the dvd remote! (And a quarter and a couple of spoons.) We fished it out with some ticky tacky and a couple of pencils. And Richard laughed for about 10 minutes.

I wasn't laughing though. Cuz in this house we obey the laws of physics, one of which - the Law of Inverse Necessity - states that the more urgently you need an item, the less likely your chances are of finding it. And so it was with us. We found that remote less than a week after we dropped its DVD player off at the thrift store. Argh!!
Labels: Family