Are men really that dumb?

I have noticed lately (and by lately I mean the last 10 years or so) that men are often portrayed in the media--commercials, specifically--as dumb and incompetent. In almost every commercial the woman has to help her poor, half-witted husband to put down the seats in the car or bid for a coon skin cap on ebay, because he just can't seem to figure out how to do it himself. I thought that this was kind of a recent thing. But Richard bought a game at the Thrift Store the other day (I am not even going to bother telling you why. Describing the depths of his nerdiness just takes way too much time) and look! Even in 1968 when this game was made, the whole family is having a swell old time playing this kicky math game, except poor Dad, who just can't figure out what is going on! 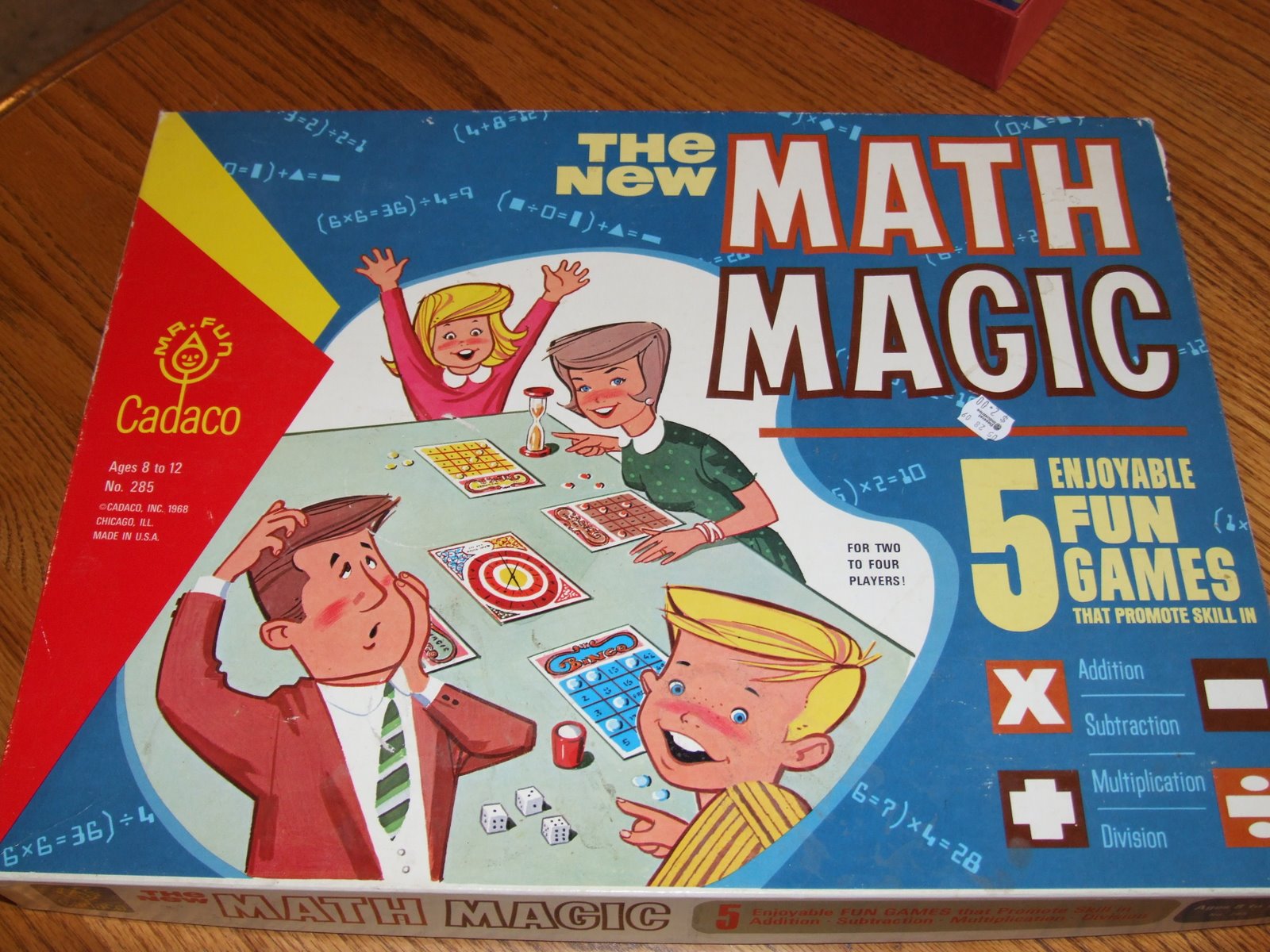