I don't have anything imparticular to say. (Spell checker says imparticular ain't a word. I'da thunk it were!) But I figured I should post a picture of Harrison in his Halloween costume. 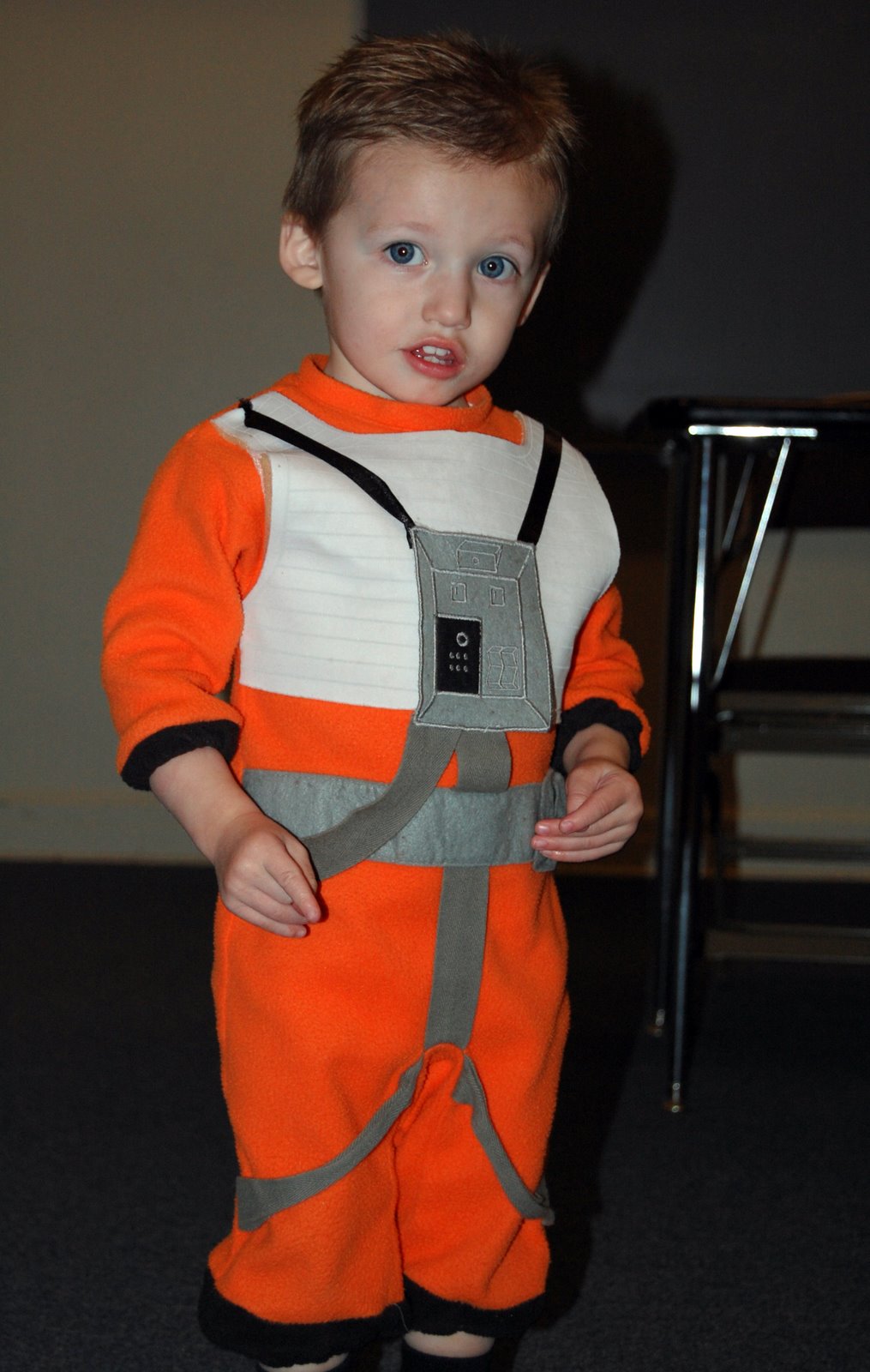 For those of you who are uncultured and depraved, he is an X-Wing Pilot. (Star Wars.) Thanks for the costume Jessie. (And thanks for the pictures Lynsie!) And I reckon I oughtta put a picture of us here too. If you don't know what we are, it is a shame, but don't feel too bad. Almost nobody did - which is, again, a shame! We are part of Buy More's Nerd Herd. From Chuck! We are not associated with the NSA, CIA or Fulcrum but if you've got a technical question or problem, we've got the answer! Buy More's Nerd Herd: Bringing Peace to your computer world. 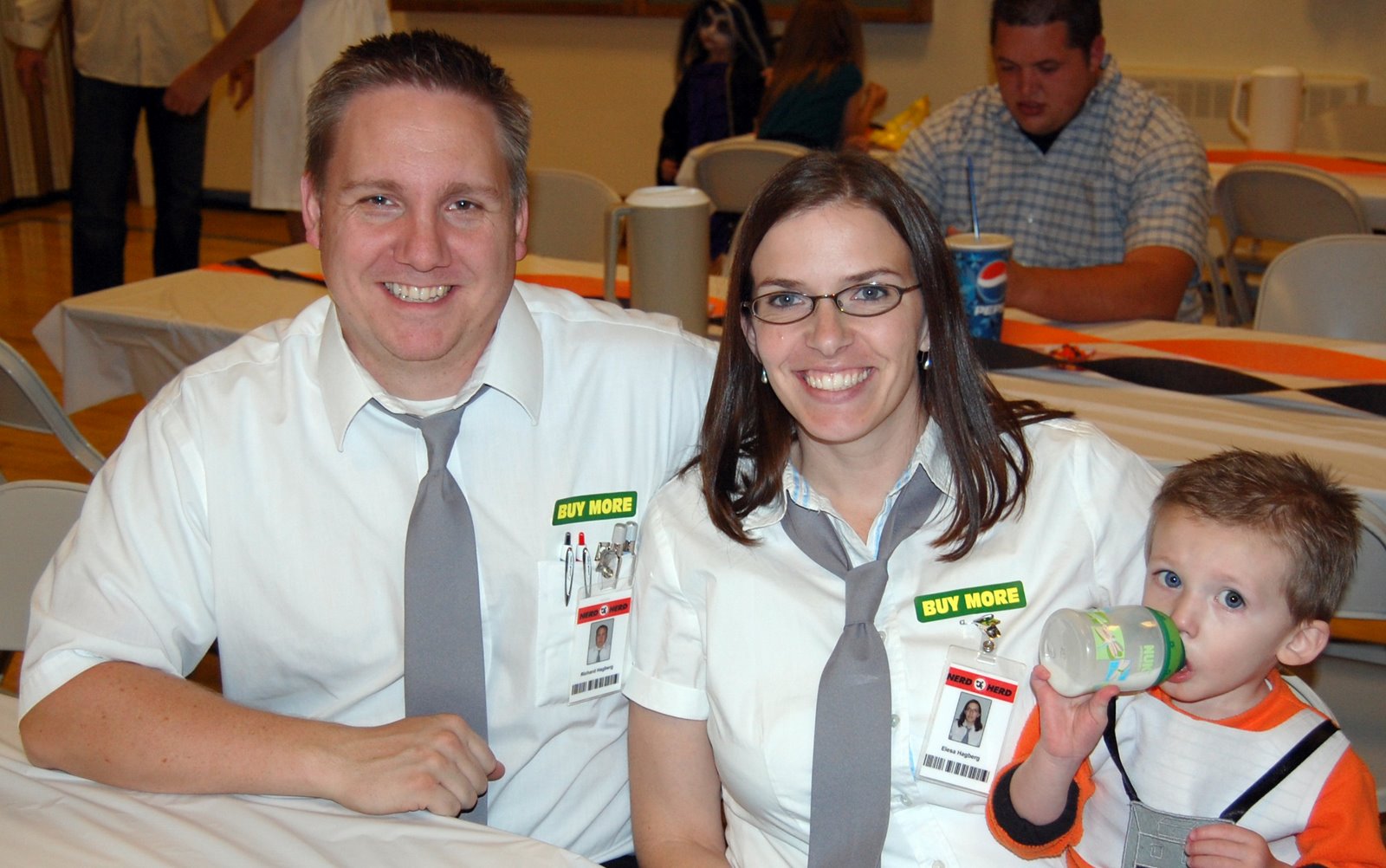 You probably thought I was going to stop now, didn't you. I could, but I haven't mentioned a few very important items. A couple days before Halloween was a Stake Young Men and Women's Halloween party. A pretty average party: cake walks, costume parades, you know, the usually. But then they taught us the dance from Thriller. I was pretty ecstatic. I came home and watched the video and realized that what they taught us wasn't actually the Thriller dance, but a line dance based on the Thriller dance. It's ok though, because now I have the framework from which I can learn and perfect the whole dance the zombies do and then I will be AWESOME!!! So keep a lookout. If, in the future, you see an awesome person doing the Thriller dance on the street, it is probably me. Because I'm not going to be able to hold that level of awesomeness inside.
Labels: Costumes Thoughts