The heater was hooked up under the house - after some unpleasant crawling around in the dirt by Richard - but there was never any heat upstairs. Everyone says (You've heard them say it, I'm sure) that duct work is an art, and wanting to have it done with, we got a quote to have a pro come in and build us the necessary heater ducts. They wanted $7000. We are cheap skate. I are bad write. So we decided that, science though it may be, Richard the Nerd would attempt it on his own. So he built the ducts himself. He is so clever! 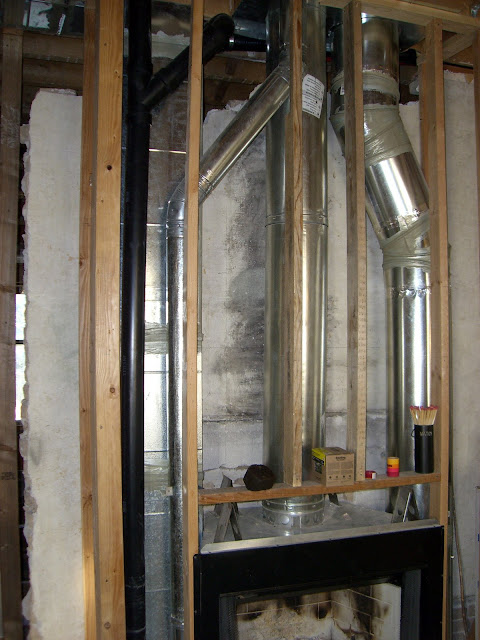 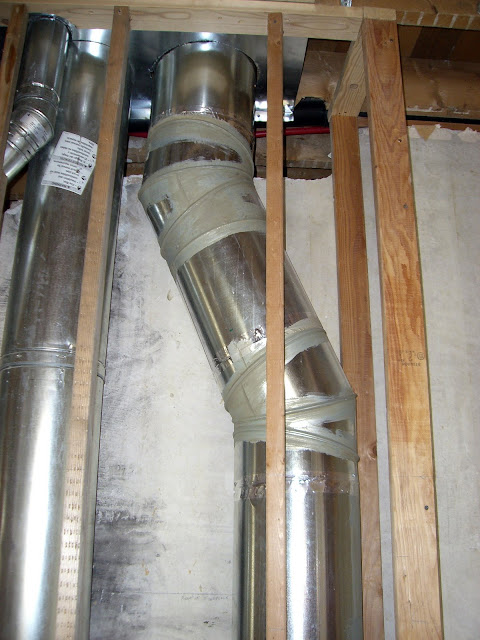 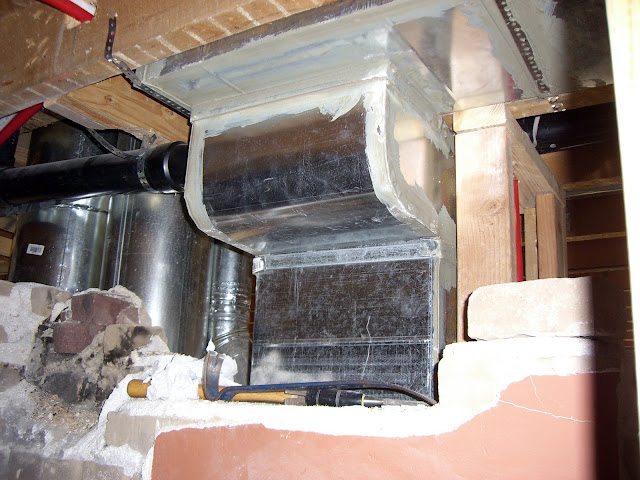 These pictures really don't do it justice. The stuff he spent the most time on is all under the house. But really, he did a great job, and became quite skilled at the art of Sheet Metal Craft! (Is that a thing? That could be a thing.)
Labels: Remodeling