So, we did the parade of homes again this year. It has been a few years since we've done it, and we decided it was time once again. Harrison loved it. Turns out that exploring other people's homes is one of his favorite past times. However, his ideas of what to look at were very different than ours. Richard and I are remodeling, so we were at the parade of homes to look around and get ideas. Harrison was mostly interesting in looking at the toilets. In every bathroom. In every single house. He also had to open every cabinet, and test the faucet in the bathtub to make sure it was working. Then he needed to look in, and closely inspect every closet. He would then spend a good 10 minutes on the stairs, testing their structural integrity. All the other parade goers usually got piled up behind us while he did this, but there was no help for it - it had to be done.
So. . . blah blah blah, sentence that sums everything up nicely. The end. 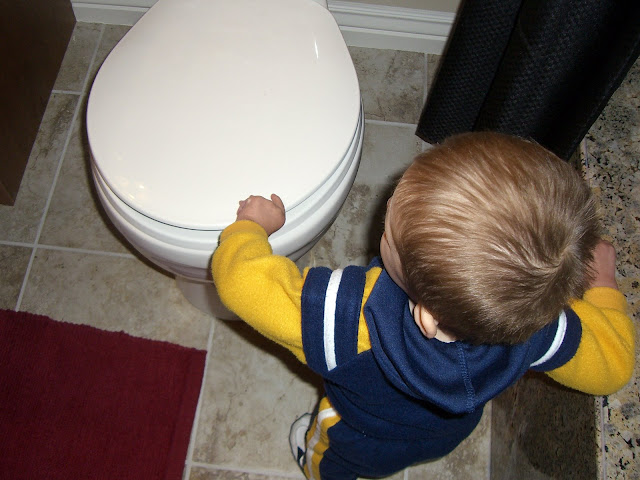 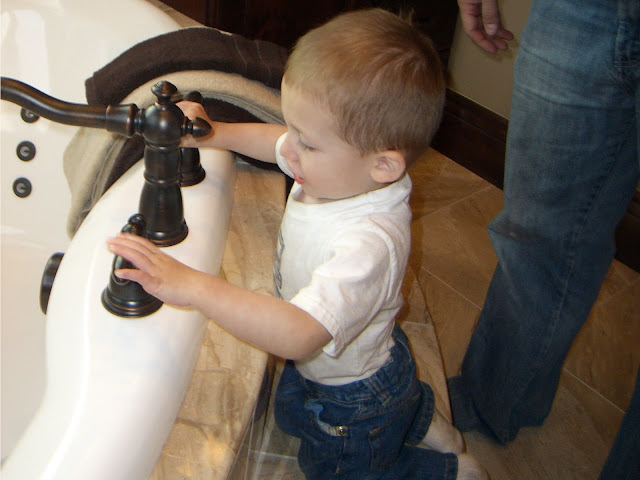 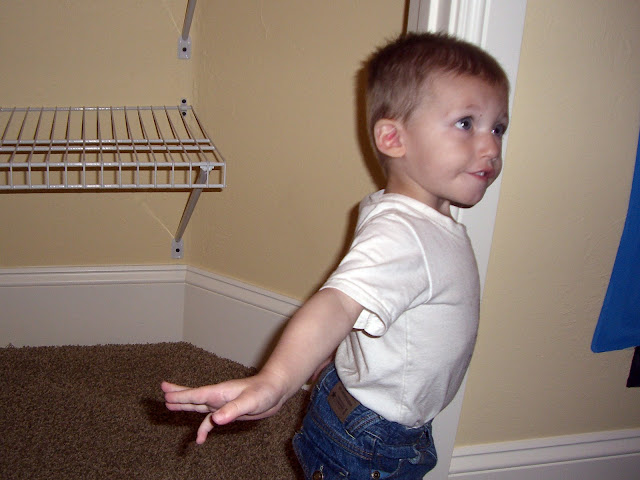